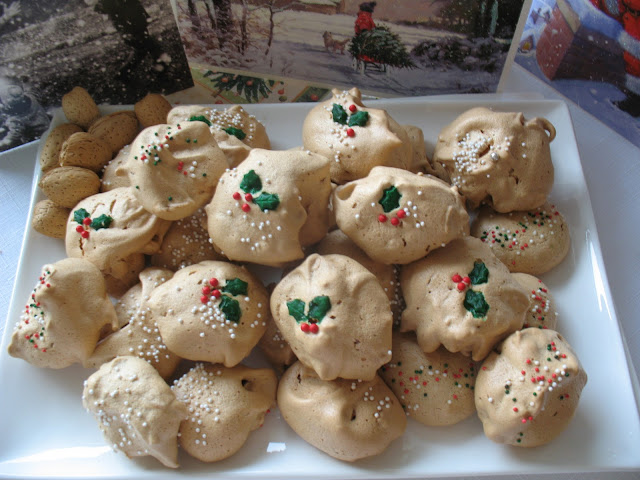 Better late than never.....you are probably thinking I'm referring to the recipe post. In reality, I'm kicking myself for not following Julia Child's tip way back, on freezing unused egg whites for later use. Being a doubting Thomas, I never followed this sound advice until recently. To my amazement, the thawed egg whites do whip up perfectly. As they say, "the proof is in the pudding"...... the almond meringues turned out beautifully with a little crunch in each bite and slightly chewy center. I followed Julia Child's suggested measurements once the egg whites thawed ......1/4 cup equals 2 egg whites or 2 tablespoons for 1 egg white.

In a bowl, beat egg whites with the cream of tartar until soft peaks start forming. Gradually add the the brown sugar until stiff peaks form. Fold in the vanilla, almond extract and sliced almonds. Spoon onto a cookie tray which has been lined with parchment paper. Bake in a 300º F oven for 30 minutes. Makes 40 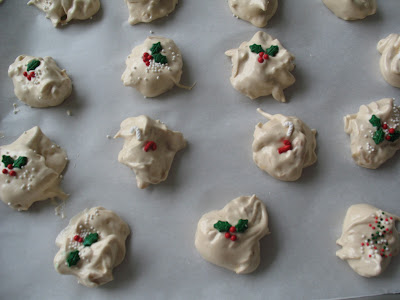 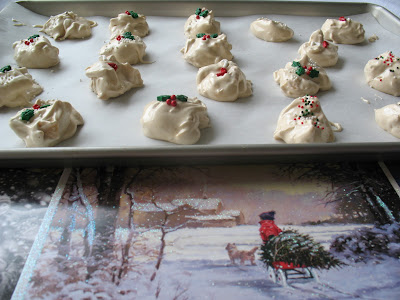