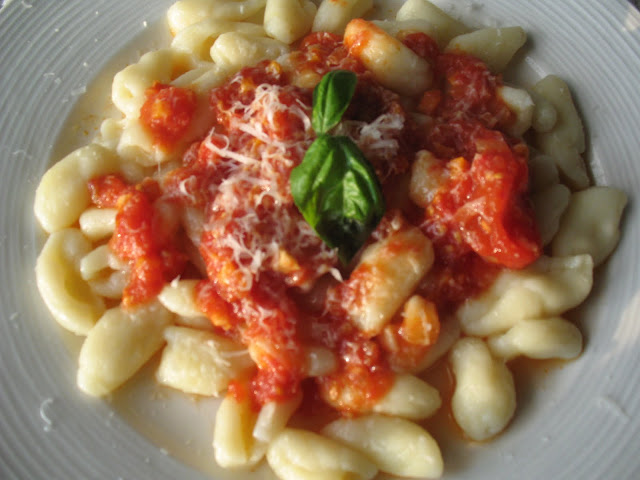 Gnocchi, pronounced n'yo-kee, are dumplings which are served in place of pasta or risotto. Depending on the region in Italy, the ingredients for the recipe will vary. Semolina ricotta and egg are some of the ingredients that are added to flour to form these dumplings which have been around since Roman times. Mom, being quite the modernist, makes her gnocchi with potatoes and flour, which apparently are considered a  "recent innovation" dating back to the 16th century, when potatoes were brought back from the Americas and introduced in Europe.  On her quest to find a more robust version of gnocchi, for freezing purposes,  mom attempted to alter her recipe by adding egg and the result was a denser gnocchi.   Thank goodness, she succumbed to purist pressure, and much to our delight went back to her original recipe.  To this day restaurant or store-bought gnocchi can't hold a candle to mom's gnocchi.  So, I would love for you all to join mom and me on this gnocchi tutorial, and maybe be tempted to make a batch of your own.
Most recipes call for Russet potatoes, but we prefer yellow flesh potatoes (Yukon Gold) for their buttery flavour. They hold up very well in the cooking process as they seem to absorb less water. While on the subject, it is also important that the potatoes not be overcooked as they will tend to absorb more flour when working the dough.  Note that the addition of too much flour will make the dumplings dissolve when boiled. If you want fluffy gnocchi, it is highly recommended that you use a potato ricer to mash the potatoes for best results. Above all else, never use a food processor! Potato ricers are relatively inexpensive and worth the small investment for any dish calling for mashed potatoes.
Zelinda's Gnocchi Recipe:
4-5 medium size yellow flesh potatoes (6 cups riced potatoes)
3 cups all purpose flour (or more if needed depending on the water content in the potatoes)
Serves 6


Peel, cut the potatoes into large sections and boil in just enough water to cover them. If time allows you can cook the potatoes whole and unpeeled. The potatoes should not be overcooked as they will absorb too much water.  A knife pierced through the flesh of the potato should have a slight resistance. 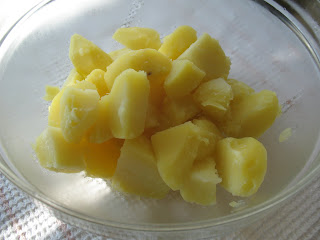 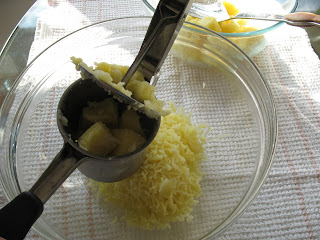 Allow  to cool too lukewarm, before passing through the potato ricer.

In a large mixing bowl, add 6 cups of the riced potatoes and 3 cups of flour and combine with your hands to form a dough. 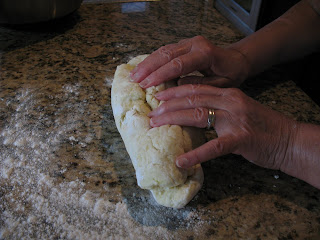 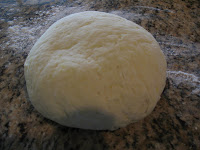 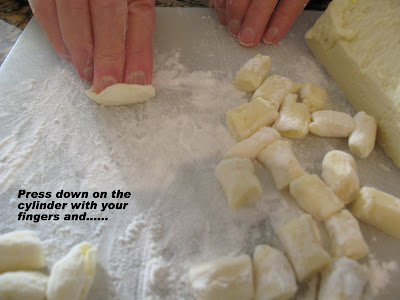 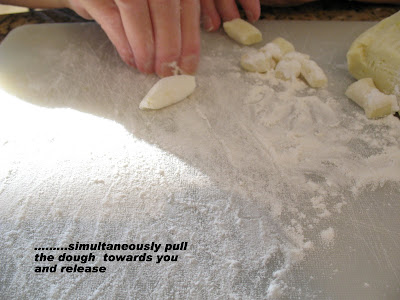